Figures contained in a report released this week by the Parliamentary Budget Office confirm that the Pharmaceutical Benefits Scheme has not been the major driver of growing Commonwealth health expenditure over the last decade.

“This is the first outbreak of sanity in the debate about PBS spending we’ve seen in a long time,” Medicines Australia Chief Executive, Dr Brendan Shaw, said today. “If we’re not careful we might actually start basing the PBS debate on facts, rather than the ill informed musings we’ve seen from commentators and think tanks in recent times.

“The report shows that the PBS has not been the main driver of growing health expenditure over the last decade. It’s not the villain some people have painted it as.”

“It’s ironic that in the ten years since the 2002 IGR predicted the PBS would bankrupt the country, it turns out the PBS only made a small contribution to health expenditure growth and grew slower than the economy,” Dr Shaw said.

“There’s no doubt that reforms agreed between industry and governments have been key to keeping the PBS sustainable – at no small cost to the industry – while providing new medicines for things like cancer, arthritis, blindness, high cholesterol, high blood pressure, diabetes and mental health to the Australian community over the last decade. 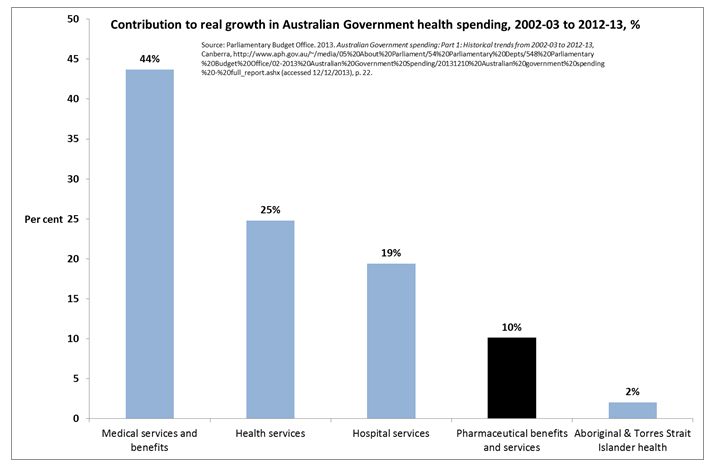